How to get there: Agugliaro is 28.3 Km south of Vicenza, down the 247 Riviera Berica Statale. 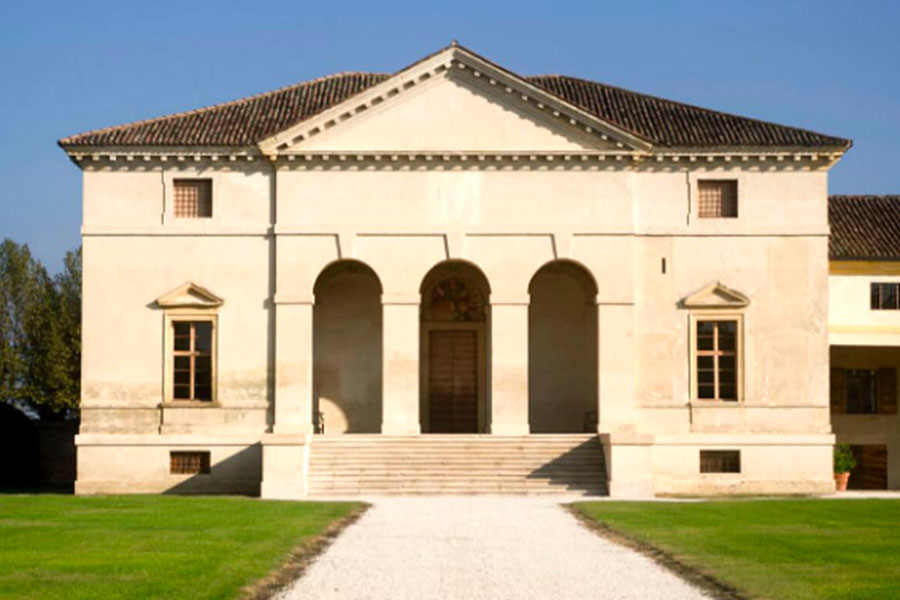 This villa was built between 1549 and 1568 on a project by Palladio that can be also found in his "Four books on architecture". The project that can be seen in the "Books" does however differ from the actual building, as the barchesse that were intended to adjoin the central villa on the sides were never built. The interiors are frescoed. The pannelled ceiling of the main hall, the only 16th century surviving example in Vicenza, is most remarkable.
The compound was recently restored by its present owner, the British Landmark Trust, and can be rented.
Open: from April, 1 to October, 31.
on Wednesdays 2pm-4pm.
Entrance: free.
Guided tours for groups of more then 10 people, on request. Available for seasonal renting. No disabled facilities.
Bus park: no.
Car park: yes.

Via Finale, 8
Tel./Fax 0444 891371
E-mail: This email address is being protected from spambots. You need JavaScript enabled to view it.
Website: www.landmarktrust.org.uk 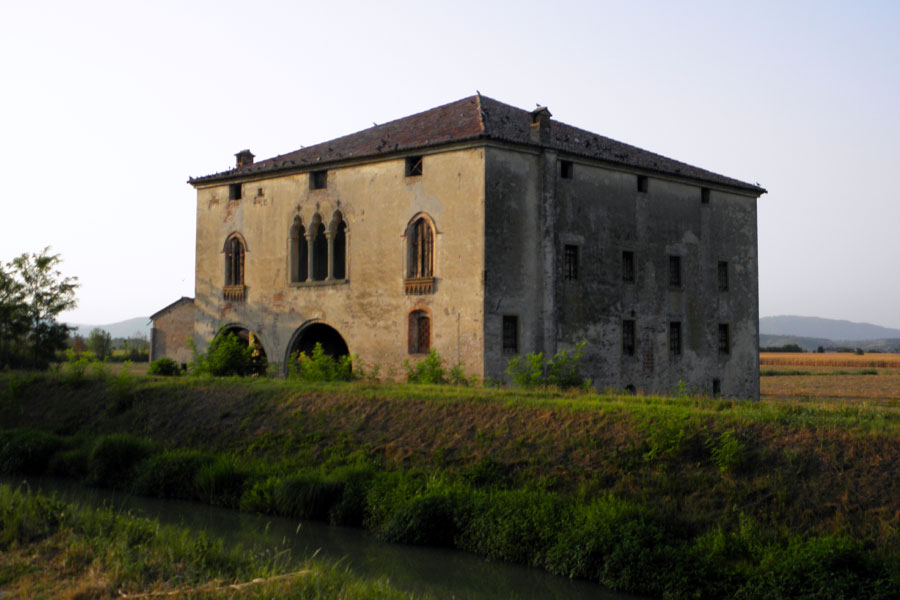 This riverside building is one of the few exemples of 15th century Venetian gothic architecture in all of Vicenza's province. The left-leaning balcony of the southern facade engenders a slight asymmetry that is typical of the buildings of that period.

Villa Saraceno called Palace of the Trumpets in Finale 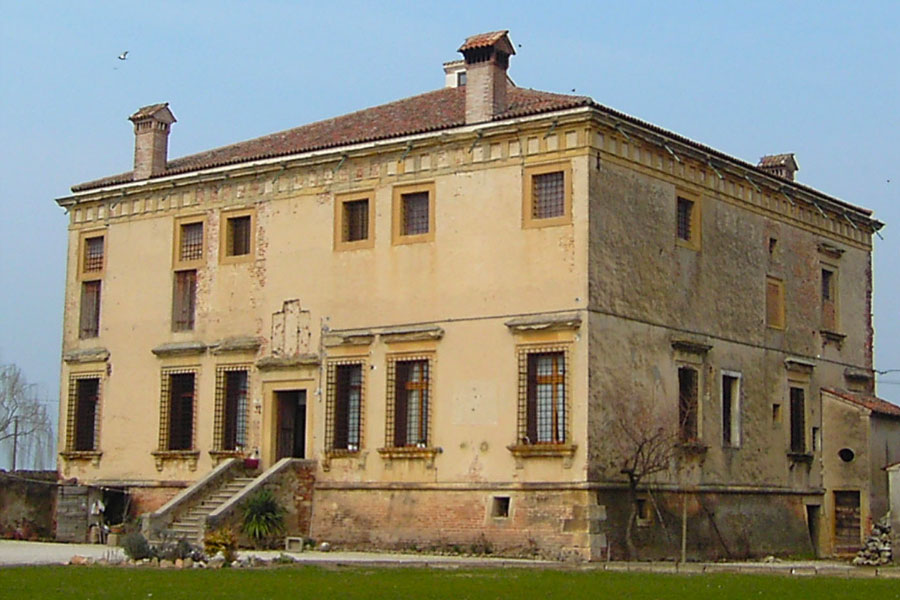 Villa Saraceno called Palace of the Trumpets in Finale

This 16th century villa, perhaps a work by architect Sammicheli, has got its nickname from a large trumpet-shaped chimney-top destroyed by a lightening and never rebuilt. The 34 gutter-mouths that run along the roof are also trumpet-shaped. This square building is characterized by its basement, which gets wider and wider as it approaches the ground. A standing-by tower and two pointed arches may hint to a pre-existent gothic building on the area of the present villa.